was our team name for the LifeScape MallWalk at the Empire Mall in Sioux Falls, SD. Our fundraising goal was $500, and we smashed that goal bringing in a total of $1175! That wouldn’t have been possible without the love and support of our family and friends. We couldn’t have done it without you, and we are so thankful. Considering we were one of the smaller teams signed up, we made a whole lot of money for the LifeScape Foundation. A total of $92,910 dollars was raised for MallWalk25. Very impressive!

I think Ada probably had more fun than Augustus at MallWalk. It is SUPER kid friendly and so, so much fun! There was a DJ and performers and dancing to get everyone pumped up. There were clowns, mascots, superheroes, Disney Princesses, facepainting, balloon animals, a photo booth, team photo areas, and more.

Surprisingly, Ada was all about the superheroes. She spotted Batman from afar, and her goal from then on was to find him, which we did. 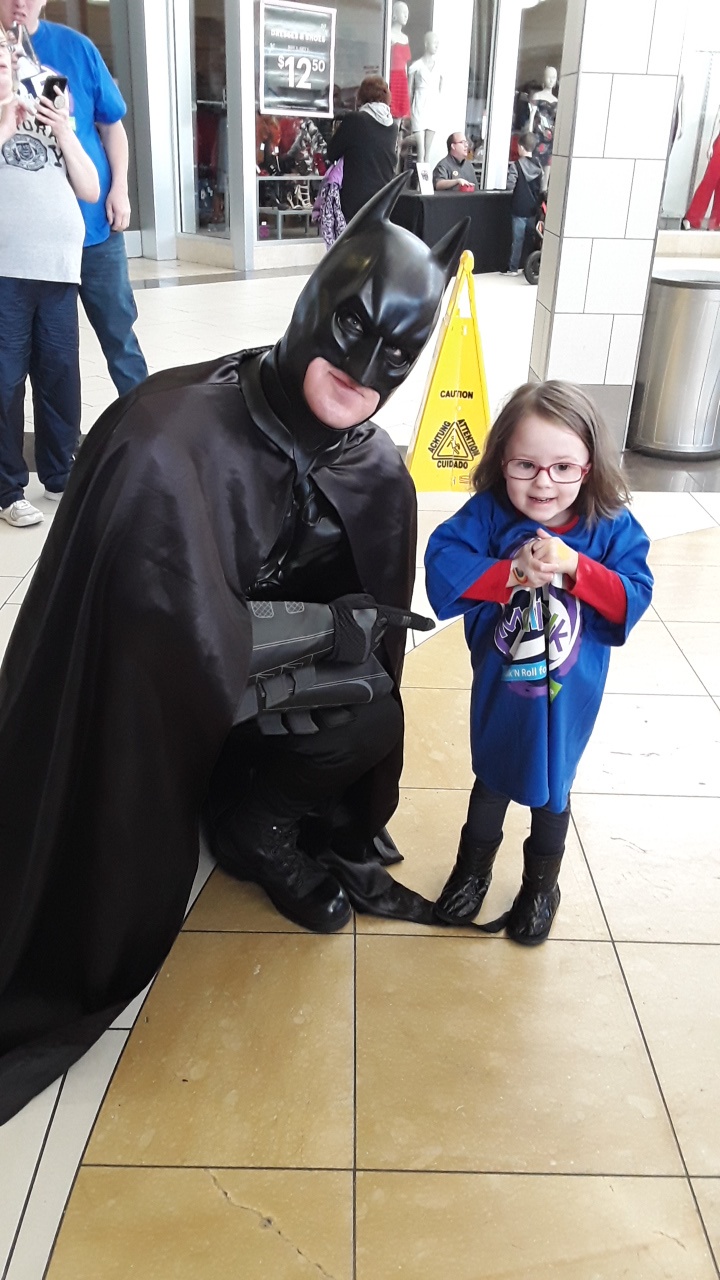 Everyone present, staff, superheroes, and guests in general, were so kind. 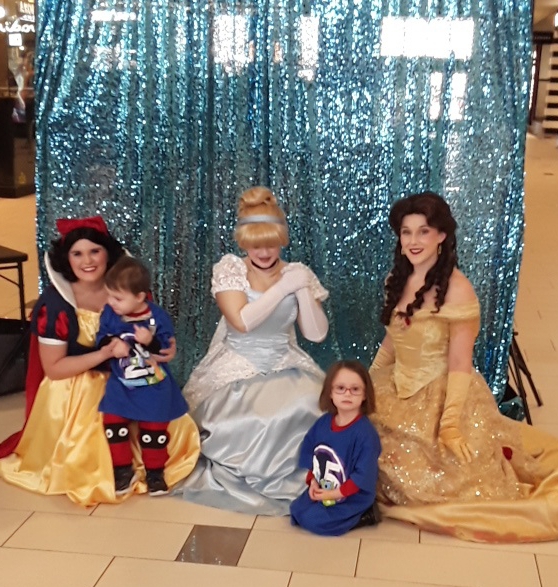 Then came the actual walk itself. Each team received a sign to hold up displaying their team name and made a big loop around the mall, and the Empire Mall is not small. I don’t even really know how to describe this moment. It was emotional for me. It is one HUGE group of people, all with an understanding of disabilities or having disabilities themselves all together for one cause in one building with one goal. It’s big and caused big feelings. Like I said, I just cannot accurately describe it in words. There were so many people there. For the walk, it is one giant snake of people, no gaps, around the entire mall. Unbelievable.

A couple of my husband’s cousins and children came to MallWalk to get in on the fun and walk with us. We had a blast! 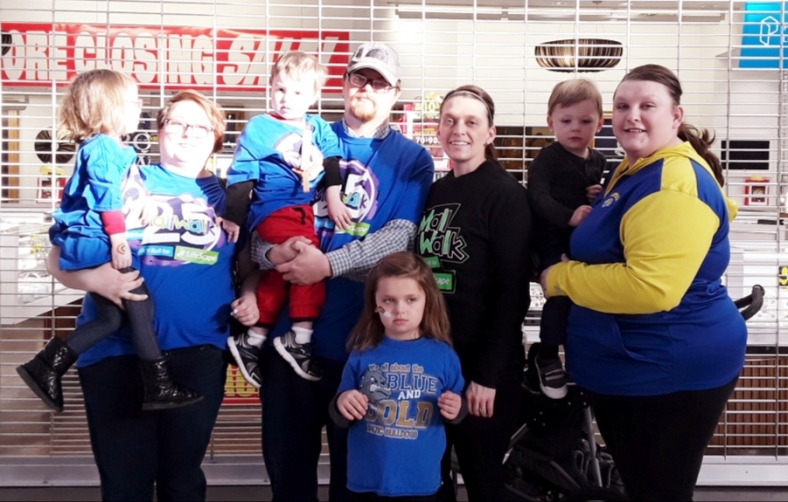 The MallWalk was a great reason to get out of town and spend some time together as a family. Like I said, it is a very kid friendly and family oriented event. We arrived the day before the walk to preregister and have some family time. We went to a Build-A-Bear Workshop for the first time, and Ada had a perfect experience there. 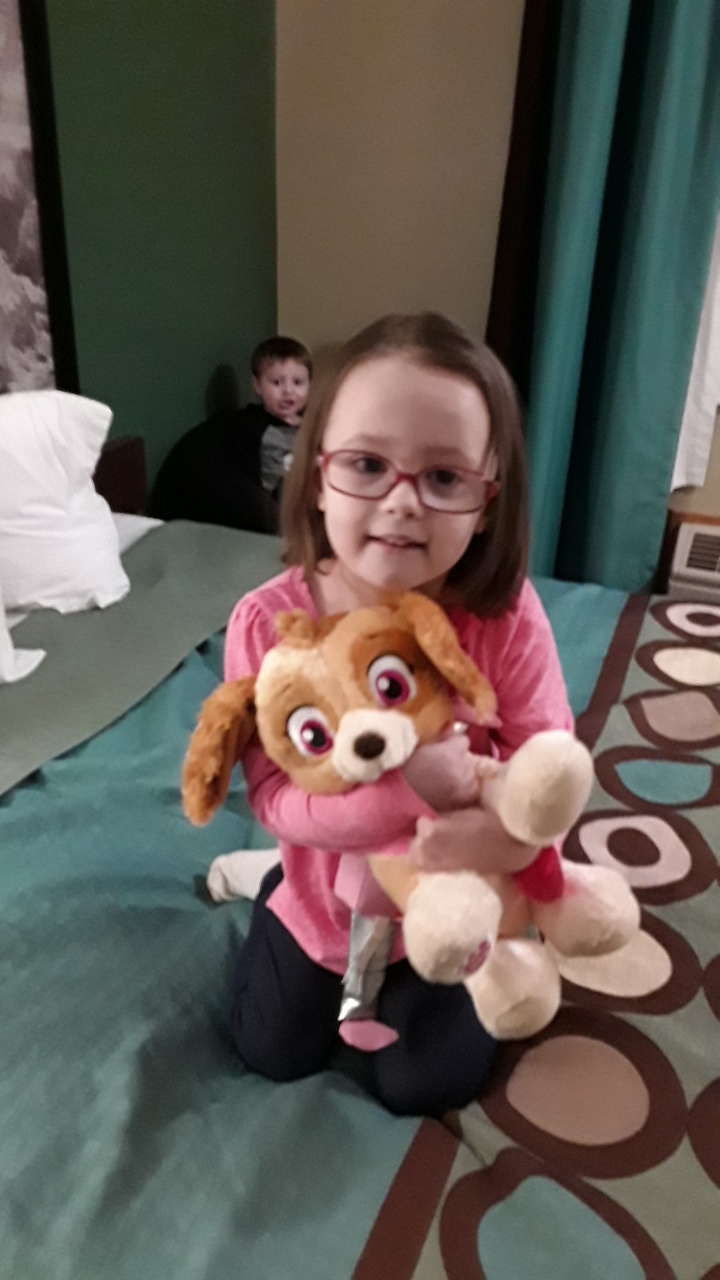 The kids had a lot of fun playing on the rides at the mall, too.

This is not to say things went off without a hitch…

We stayed in a hotel Friday and Saturday night. We do have family in the Sioux Falls area, but Augustus has issues with new environments and sleeping, and a hotel is our best bet, as he can have complete darkness and has stayed in hotels before so somewhat knows the routine.

We always bring a pack-n-play for Gus to sleep in. He is far too wild to calm down and relax and go to sleep on a bed, and his pack-n-play is familiar to him. I have no idea what will happen once he outgrows his crib and pack-n-play.

We were on the second floor of a 3 story hotel so there were people above and below us. Gus never just falls asleep. Even at home, he is often awake for hours in his crib. Dane, Ada, and I have grown accustomed to sleeping through his jumping, squealing, laughing, and noises he makes. Granted, at home he is in his own room with the door closed, which muffles some of it.

The hotel was a different story. He stayed up until 1:30 AM jumping, squealing, screeching, flopping, giggling, and just being plain noisy. We were quite concerned we were going to get kicked out of the hotel. Dane and I tried everything we could think of to try to calm him to no avail. This kept Ada awake, too.

Therefore, after MallWalk, which was in the morning, and lots of hard playing with cousins, Ada definitely had quite the attitude, as she was just plain wore out. The next night did go quite a bit better.

All in all it was a great time for a great cause.

I’ve been keeping a sleep journal for Augustus so we can discuss his sleep with his doctor and maybe find a better way for all of us to get better sleep!

Thanks for reading and thank you for your support!

So, I am super excited about this!!

February 2nd, 2019 LifeScape is hosting it’s 25th annual MallWalk at the Empire Mall in Sioux Falls, SD, and I have decided I just have to be there.

Please, donate to our team “Augustus the Great” or donate and join our team if you want to attend the event.

It’s an annual event held by LifeScape to raise funds for the LifeScape foundation. 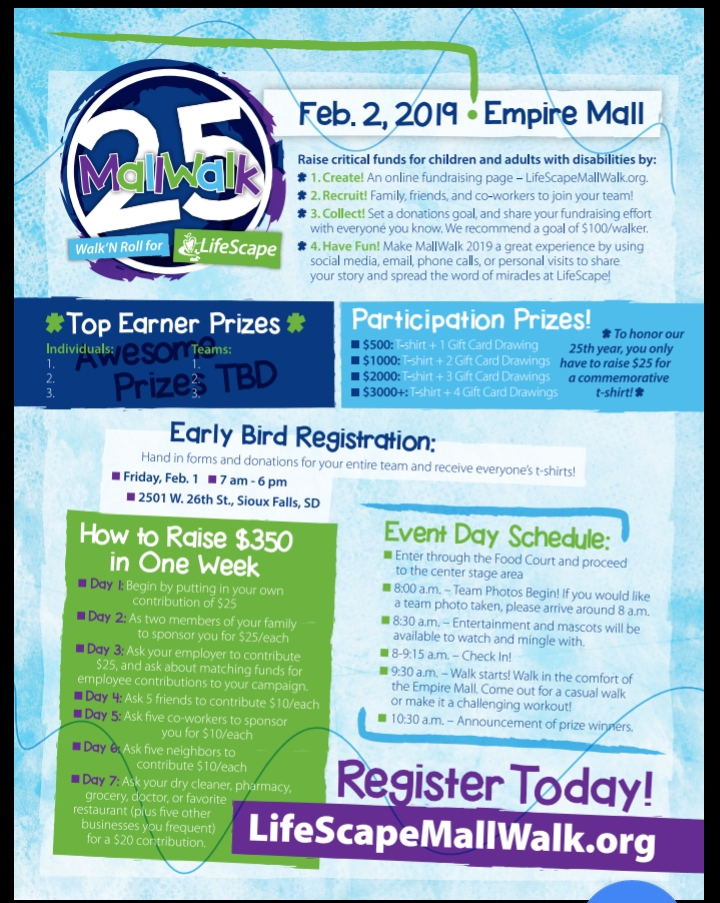 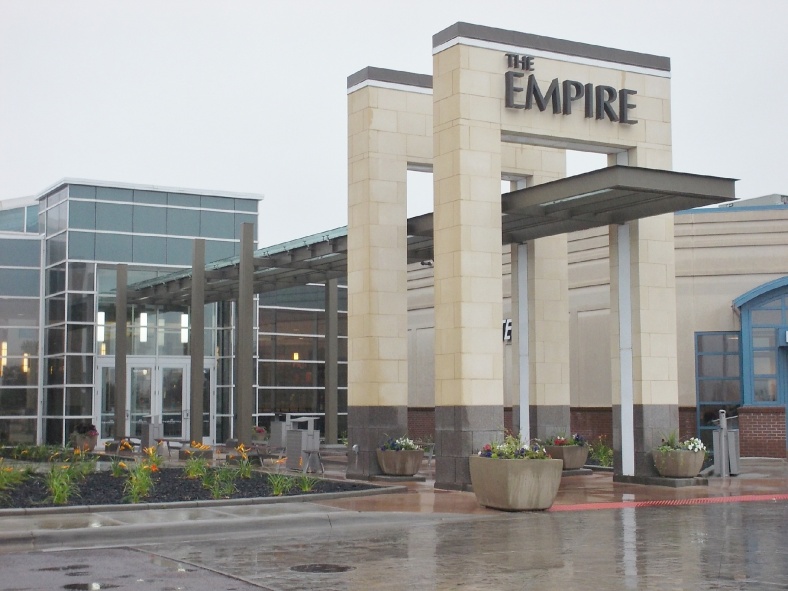 What is the LifeScape Foundation?

The LifeScape Foundation develops, manages, and distributes resources through donor-centered collaboration to sustain and enhance the lives of children and adults with disabilities and their families who are served by LifeScape.

Their pledge is to always be there. Stating: “Our mission is to provide resources to enhance the lives of children and adults served by LifeScape.”

There are 2500+ individuals served by LifeScape throughout SD and the region! 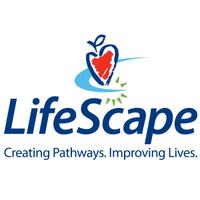 LifeScape’s mission: “We empower children and adults with disabilities to lead fulfilling lives.”

Their Vision: “All people are valued and respected.”

LifeScape offers so many services, and as mentioned above, serves 2500+individuals, my son being one of them. 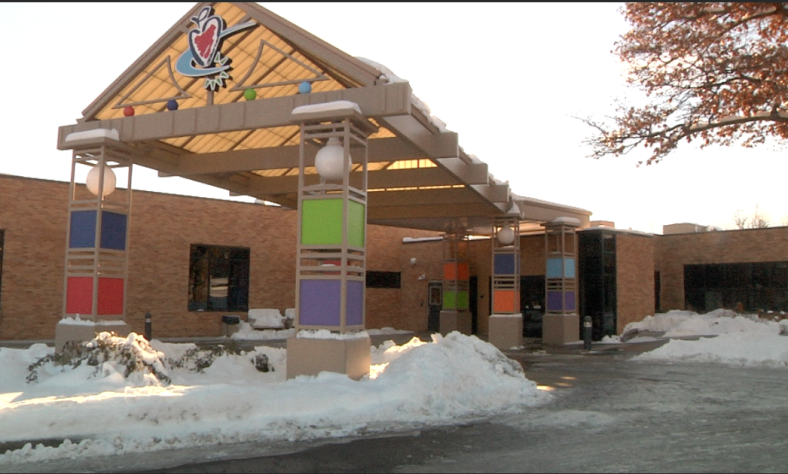 What LifeScape Means to My Family

First of all, I am beyond thankful that South Dakota has LifeScape. Many states aren’t as fortunate.

My family’s journey with LifeScape started in the Summer of this year (2018). My husband and I had some concerns about our son, and our son’s primary care physician referred us to LifeScape in Rapid City for an autism screening, which then led to an autism evaluation at the LifeScape in Sioux Falls. 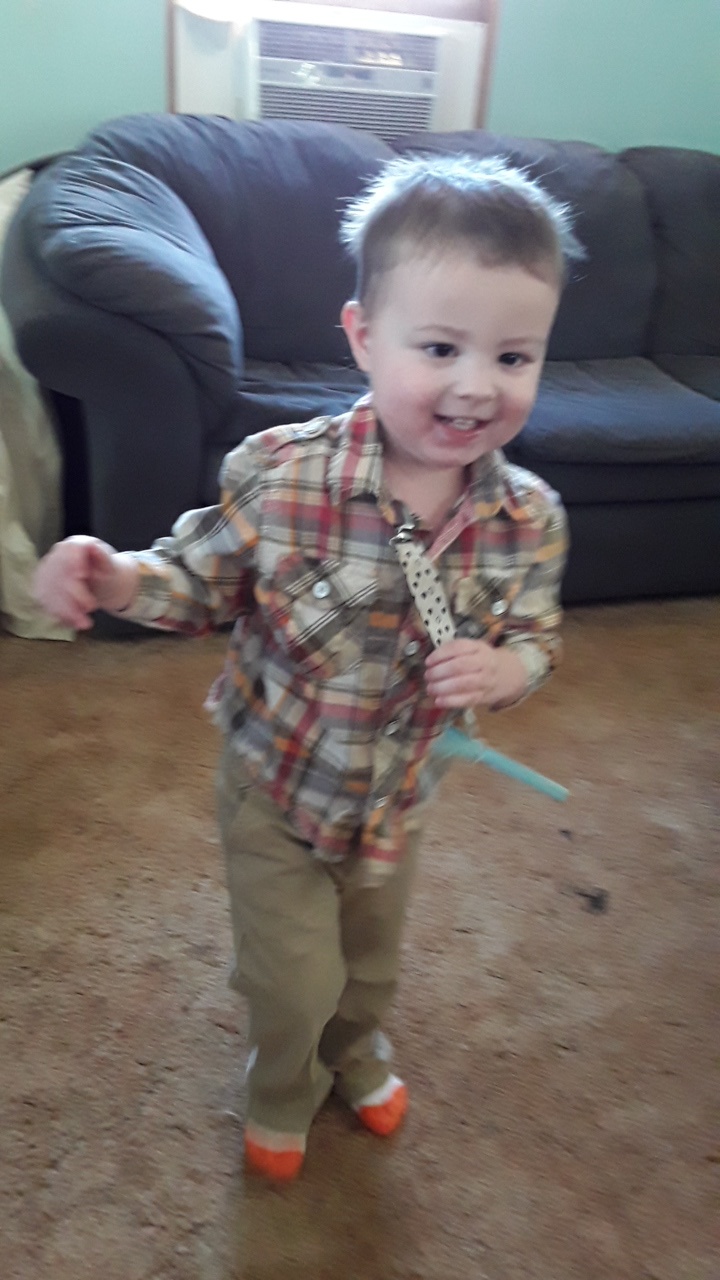 Our relationship with LifeScape continues to this day, and will only become more significant as time goes on. Right now our son, Augustus, receives three separate therapies at the LifeScape in Rapid City on a weekly basis.

Come this summer, when he turns three, we will be looking at some other options for more intensive therapies at LifeScape.

We also want to incorporate the swimming lessons they offer into his therapy, as he has no fear of bodies of water and we want him to be safe.

I had heard of LifeScape before and their outstanding reputation before I even had children of my own. When my son was diagnosed with Nonverbal Autism Spectrum Disorder and Sensory Processing Disorder, I knew that LifeScape was the best thing out there for him. Our family is willing to do whatever it takes to get him the best therapy out there to ensure his future is as bright as it can be.

My husband and I adore all of his therapists and are eternally thankful for his caseworker. The atmosphere at LifeScape (both in Sioux Falls and Rapid City) is one of absolute acceptance, care, and friendship with the utmost professionalism.

Until a disability directly effects your life, it’s difficult to understand what this is all about. What I can tell you is that LifeScape is near and dear to my heart and that if you have anything to give, even just $1, it’s so worth it to know you are helping families like mine and so many beautiful, unique, tough, and unfortunately often misunderstood individuals.

If you are close to a LifeScape, consider volunteering!

Thank you for your support in just reading my blog in itself. Support comes in many ways, not just monetary means.